We were contacted by an elderly couple who was wanting to remove an old tree to make room for a retaining wall. The lady of the house was interested in tending a garden next spring with her grandchildren, who were just getting old enough to do yardwork and to play outside. We let the couple know that they indeed called the right tree company in Eden Prairie, because we specialize in tree removal, tree trimming, and landscaping.

We Began the Tree Removal

The crew arrived at the home to start working on removing the tree. The weather was ideal as the sun was shining and not a cloud was in the sky.  It’s a good thing the couple called us out when they did. There was fungus growing on the trunk, and there was also some rotting clearly present. We use only the latest equipment to remove larger trees, and the crew went to work removing the branches from the top of the tree, then working their way down, so we could remove the bottom of the tree. 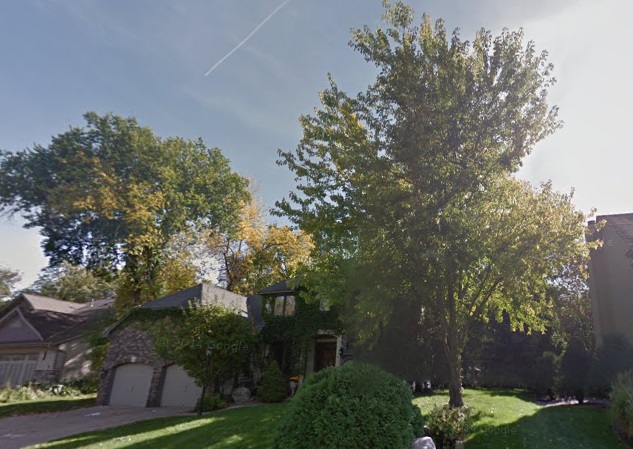 The crew worked non-stop until the tree was removed, then the crew started grinding the stump with our stump grinder. When we were done there was no evidence that there had been a tree in the location. The crew cleaned up all the leaves, limbs, and debris completely. We did the job for them quickly and neatly, and we also advised them that they should get one of their trees pruned for its health and for the benefits of the upcoming garden.

The crew informed the couple that the tree that we removed was unhealthy and rotting, and that we could prevent this from occurring with their other trees with our tree maintenance service. The couple was very happy with the information that we provided them. We sure didn’t want the couple to plant a nice garden, only to have the plants and flowers become unhealthy due to any diseases that their trees might have.

The customers thanked us for doing an outstanding job and then scheduled us to return in about 60 days to do the tree trimming and tree care for their other trees. They were happy that they called the most qualified tree company that was knowledgeable to boot. We were happy to have another satisfied customer.

Request a free estimate
Hear From Our Happy Clients

Nature’s Touch has trimmed several of the trees for my rental property over the last few years. Justin is awesome to work with! He and his crew are always punctual and respectful of my property. Whenever I call Nature’s Touch, I know that they are going to do great work! I highly recommend Nature’s Touch to anyone who needs their trees trimmed!